Being smart, as a city, means making use of resources in the best possible way, and also collaborating in order to be innovative, creative and efficient, and augment future investments. This allows for in improvement in quality of life, something which Barcelona is succeeding at quite well these days. 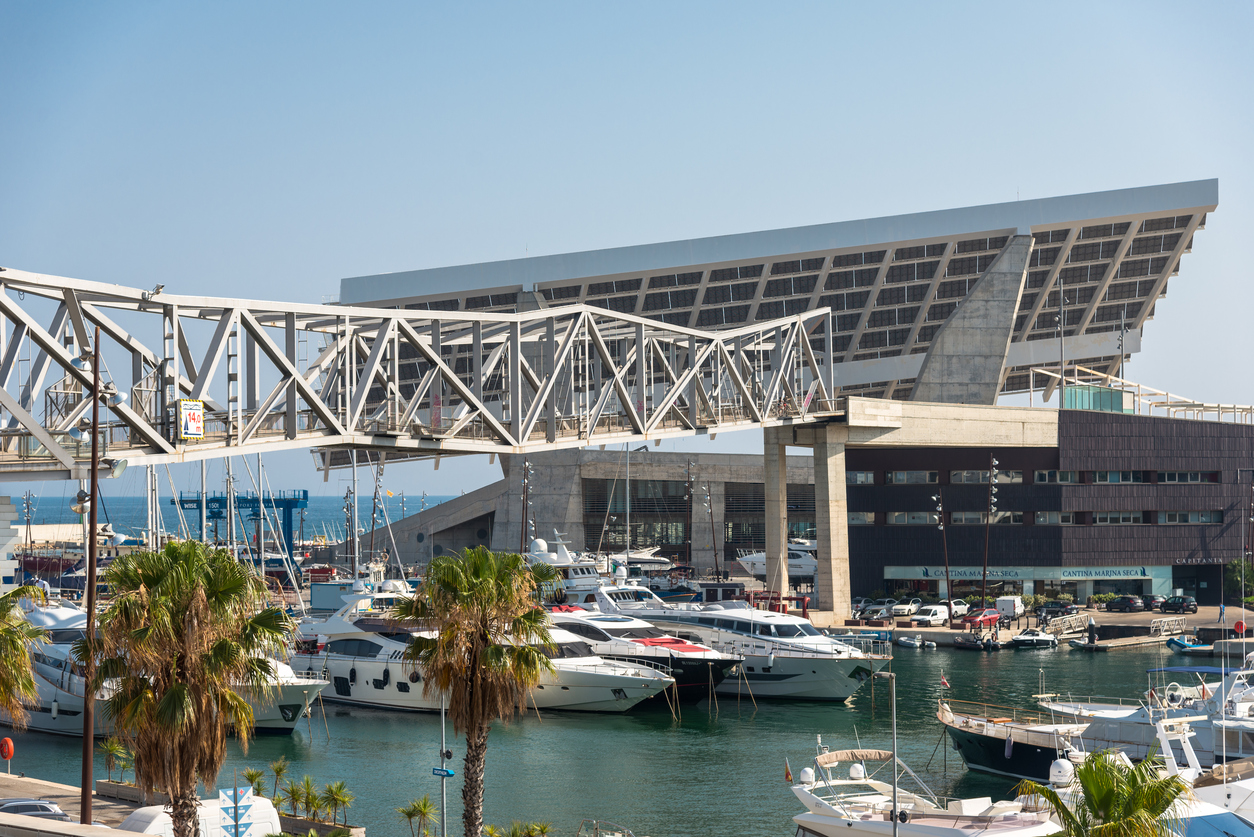 Recycling already plays a huge part in sustainable- and environmentally friendly living – now, Barcelona has taken it one step further thanks to its effective waste management system. An automated waste collection system is enhancing the city’s cleanliness and decreasing noise pollution (from trash trucks) by eliminating overflowing trash bins. Compact drop-off containers have a subterranean vacuum network through the pipes, sucking up trash below the ground.

In the neighbourhoods of Poblenou and Sant Cugat, sensors on rubbish and recycling bins have also been tested. Through radio frequency and WiFi, data is transmitted to a central system, detecting the trash level, so that sanitation workers can plan the optimal route and times for collection.

Something as simple as more (and better) illumination can definitely enhance investments in Barcelona, as shown by the city’s improved lighting systems. In order to reduce lighting costs and pollution, more efficient systems (using LED technology) have been installed around Barcelona. These use energy in a very smart way by being activated when detecting motion. Not only does this ensure a reduction in light pollution, but also helps to detect breakdowns (and, thus, increase repairs) more effectively.

As a “sun city”, Barcelona has taken advantage of its ample solar energy by implementing a sustainable energy initiative. This is demonstrated by the fact that Barcelona was the first European city to require that solar water heaters be installed in all new buildings and renovations from 2006.

In terms of heating and air-conditioning, the city is also setting a prime example. The Districlima heating and cooling system (already in use in numerous buildings throughout Barcelona) produces ample green energy equivalent to approximately four times the number of trees in Barcelona. The heating uses steam from the incineration of urban waste, while the cooling uses seawater for refrigerating, producing less fossil energy consumption and carbon emissions.

Barcelona continues to move into the future by renovating select parts of the city that can help promote sustainable living.

Architectural competitions have played a major role in defining the Barcelona of today, such as the Escorxador Park and the urban transformations for the 1992 Olympic Games. Now, the city is transforming one of its key hubs: Plaza de les Glories, which is the confluence of three major avenues: Diagonal, Gran Via de les Corts Catalanes and Meridiana.

The competition is entitled Open Space Planning Project for Les Glòries Catalanas Square in the City of Barcelona, and aims to turn the inhospitable frontier zone between districts into a model park that would promote sustainable transport, maximise the city’s green areas and reorganise some of Barcelona’s recently built architectural icons such as Torre Agbar and the DHUB Design Museum.

This highly intricate project will be built over the next three to four years.

22@, also known as 22@Barcelona and Districte de la innovació (innovation district), is the corporative name given to an urban renewal area in Barcelona’s formerly industrial area of Poblenou. Its aim is to convert Poblenou into the city’s technological and innovation district, as well as to increase leisure and residential spaces for the city’s residents and visitors.

One of Europe’s biggest urban regeneration schemes, this project was started during the early 2000s and is still ongoing.

The 22@Barcelona model is already being applied in other areas of the city and is a benchmark in urban, economic and social transformation in cities like Rio de Janeiro, Boston, Istanbul and Cape Town. Barcelona is a compact and diverse city that, instead of applying a territorial specialization model, employs a mixed model that favours social cohesion and fosters balanced and sustainable urban and economic development.

At the end, the project will create 4 million square metres of constructed floor space, 3.2 million of which will be used for productive activities and 800,000 for housing and services, all of which is set to boost Barcelona’s status as international business hub and “smart city” significantly. 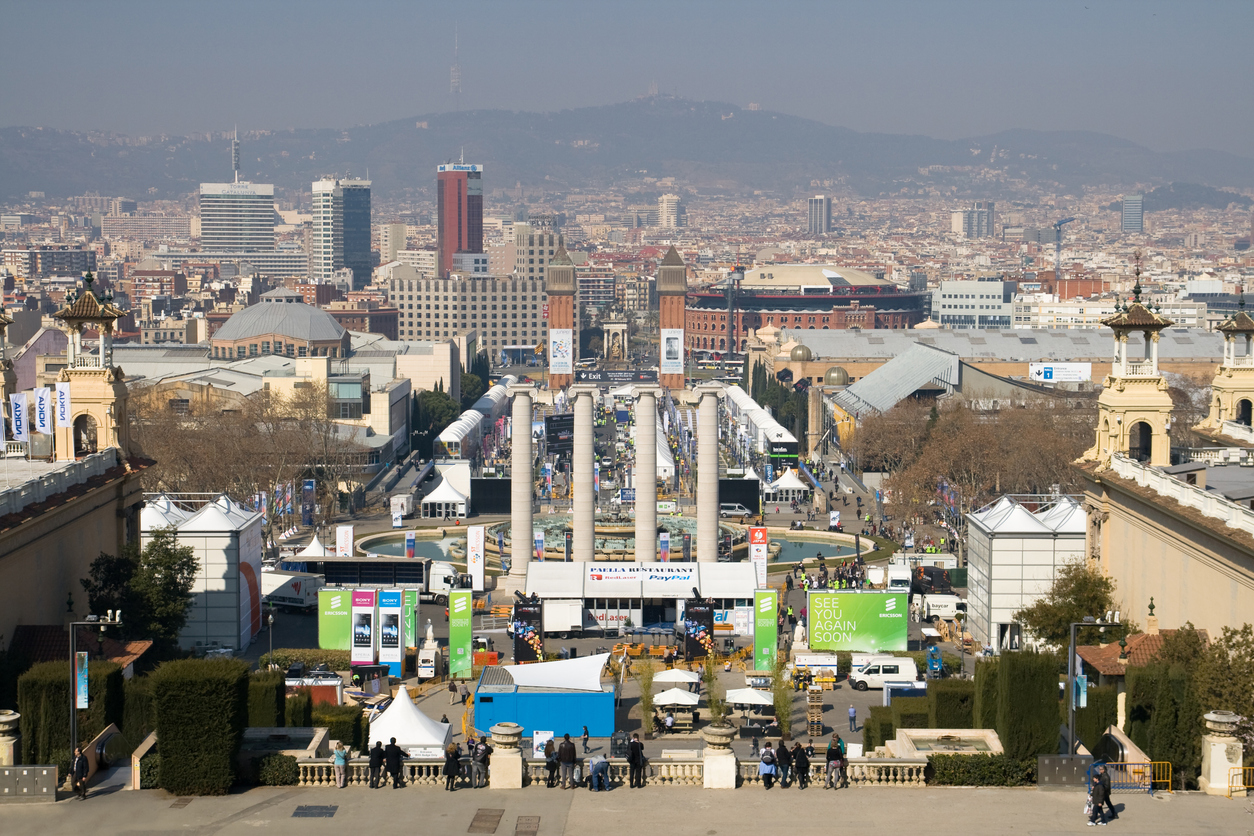 As of 2011, Barcelona is the Mobile World Capital, which is when the city beat out 29 other cities (such as Milan, Munich and Paris) to carry this prestigious title until 2018.

The Mobile World Congress, an international telecommunications event, singled out Barcelona for its combination of outstanding exhibition and conference facilities, its transportation and hospitality infrastructure, its commitment to expanding the reach of mobility throughout Barcelona, Catalonia and Spain, as well as its strong support of the public and private sectors.

The Smart City Expo World Congress is committed to leveraging the implementation and follow-up of all global agendas at local and national level. The event aims to, among other things, increase the strength of cities and to identify business opportunities worldwide.

In recognising Barcelona’s role as a major business centre, its enterprising and dynamic nature, as well as the fact that it is an international point of reference both socially and economically, the city has been chosen to host the 2017 Smart City Expo in November – a role that might very well help to considerably boost future investments in Barcelona.