Barcelona is the first city in Spain being named a “smart city”, beating other big-league European capitals like Paris, Stockholm, and London. Together with smart technology, factors, like smart economy, smart environment and smart government, all contribute to result in a city that can be considered “smart”.

Today, the citizens live in a vibrant culture with an open government trying to improve green living spaces, as well as enhance investments in Barcelona.

But how did it get to this utopia stage? And what is the driving force behind it? To understand that, one must first take a deeper look at what constitutes a “smart city”.

What makes a city “smart”?

The Internet of Things (IoT) is the inter-networking of physical devices, vehicles, buildings, and other items embedded with electronics, software, sensors, actuators, and network connectivity that enable these objects to collect and exchange data.

Paired with information and communication technology (ICT), IoT can work to manage a city’s assets most successfully, such as schools, transportation systems, power plants, etc. A smart city is promoted to use urban informatics and technology to improve the efficiency of services.

Barcelona is a prime example of a “smart city” being a reality. In 2012, the city deployed responsive technologies across urban systems such as public transit and street lighting. These innovations have not only yielded momentous cost savings, but have also improved residents’ quality of life – which, of course goes a long way in improving worldwide investments in Barcelona.

Today, the city estimates that IoT systems have helped save $58 million on water, increased parking revenues by $50 million per year, and generated 47,000 new jobs. 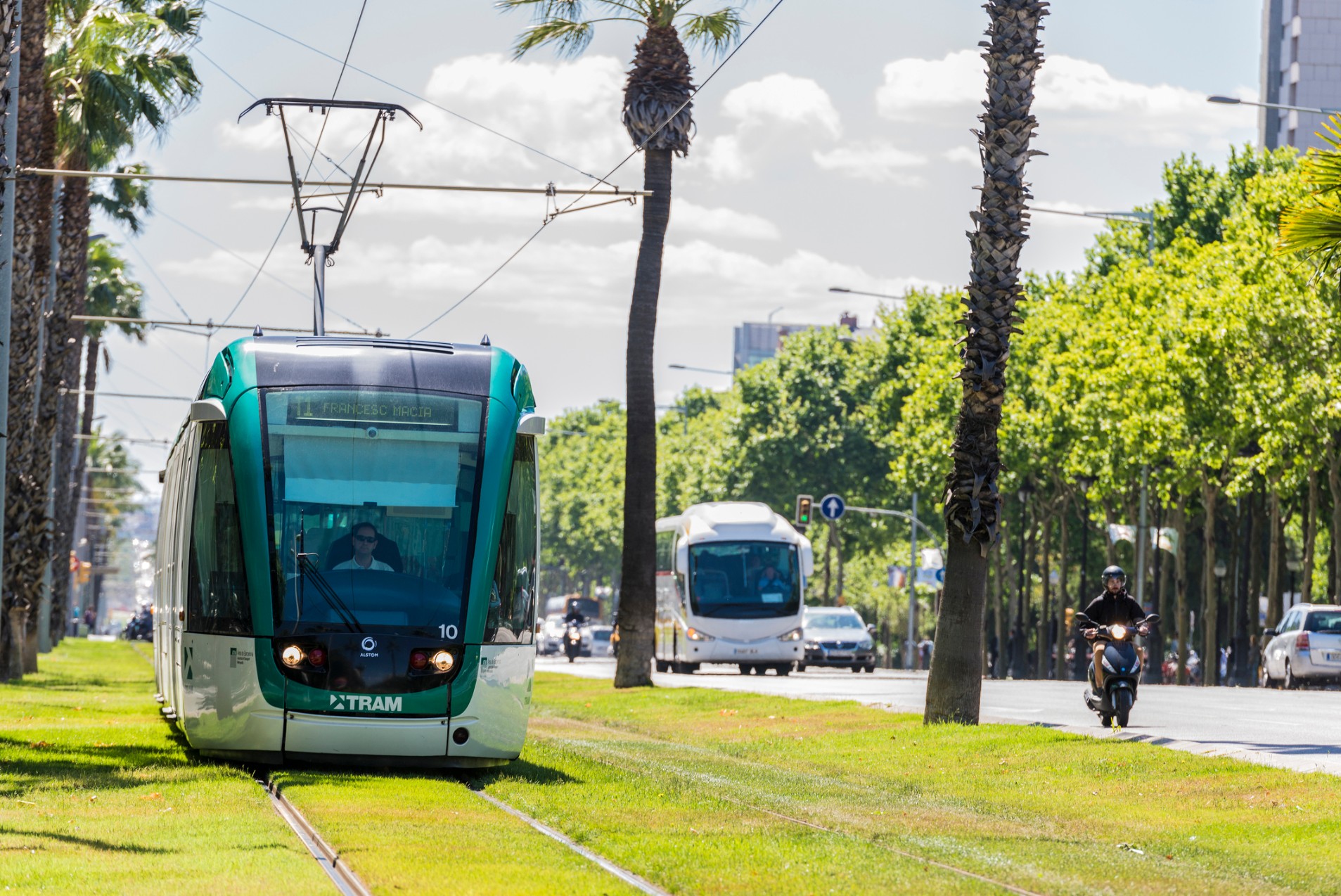 The city clearly understands the important link between investments in Barcelona and an effective public transportation system.

Currently, Barcelona has eight metro lines that serve most of the city’s residents and visitors. In addition, it also has an urban and metropolitan rail network, the Ferrocarrils de la Generalitat (FGC), run by the Catalan government, which supplements Barcelona’s metro network.

For practical purposes, the metro operates an integrated fare system that enables passengers to obtain a free transfer from one means of public transport to another within a period of approximately 1 hour and 15 minutes. Different types of travel cards and transport passes in Barcelona are valid throughout the public transport network.

As of 2004, the tram system is again in use after it disappeared in 1971. As an alternative to the metro, trams provide another transportation option for people seeking an accessible, ecological, fast and comfortable way to travel the city. Barcelona’s tram route provides easy access to the city’s major industrial areas, shopping centres and residential zones.

Today, Barcelona boasts a stellar bus transit system (one of the cleanest surface public transport fleets in Europe) that contributes to its “smart city” status – and with good reason. Transports Metropolitan de Barcelona (TMB) recently introduced a new orthogonal bus network, which makes use of horizontal, vertical and diagonal lines. This allows for faster, easier and more frequent use by travellers, and its goal is for any user to complete one transfer between any two points in Barcelona in 95% of its journeys.

In addition, The Ajuntament de Barcelona recently brought forth some helpful new urban mobility projects through the help of quite a few interesting apps. Some examples include TMB Virtual, which provides additional information (like travel distances, compass directions and route arrows) by merely pointing a smartphone’s camera in any direction; and Trànsit, which helps a driver navigate the city quickly and easily by providing them with the best route. 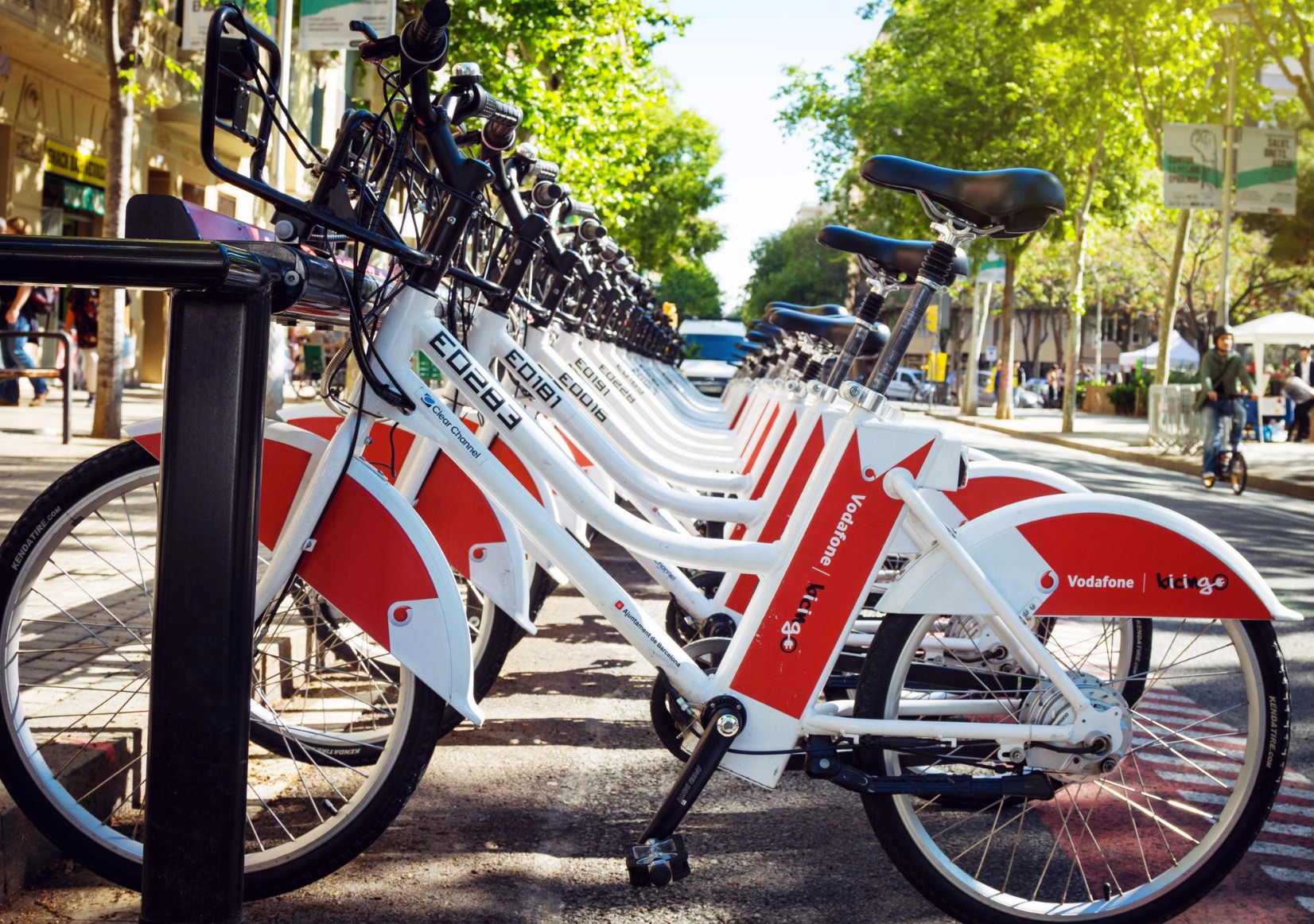 Although the concept of bicycle sharing is nothing new, Barcelona’s Bicing system (kick-started on March 22, 2007) took the idea of a sustainable city to another level. The purpose of Bicing is to cover citizens’ small and medium daily routes within the city in a climate-friendly way, effectively eliminating the pollution, roadway noise, and traffic congestion of motor vehicles.

With more than 100 km of bike lanes and over 6,000 bicycles circulating, being part of this sustainable transportation system is as easy as paying an annual fee, obtaining a Bicing card, scanning it at any of the 400 stations, checking out a bike, and then checking it back in at the station closest to your destination.

Through the use of sensors, smart parking systems can detect if a parking spot or loading area is occupied – a quick and easy way for motorists to find parking, but also to receive data about parking patterns. Real-time information regarding parking can be obtained on users’ smartphones with apps such as ApparkB.

To find out more about what makes Barcelona a “smart city”, continue with upcoming part 2.