As an international tourist destination, Barcelona presents quite the range of appealing attractions. In addition to world-renowned architecture and picturesque beaches, top-notch cuisine must also be mentioned, which makes it less surprising that one can discover a variety of Michelin-starred restaurants in Barcelona.

The Michelin Guide was originally begun in 1990 to aid French motorists who were seeking lodging while travelling. Gradually over the years, this has become a star-rating system for restaurants. Today, the Michelin Guide is known as the bible for chefs, foodies and all culinary lovers worldwide.

Three Michelin stars is the highest rating a restaurant can be awarded, indicating “exceptional cuisine” that is “worth a special journey.” A two-star rating means “excellent cooking” that is “worth a detour”, while one star denotes a “very good restaurant in its category”.

But these ratings are not just awarded at random, for there are various actions a restaurant can take to increase its chances of receiving a Michelin star. These include:

In addition to Mediterranean and local cookery, there is also an assortment of Michelin-starred restaurants in Barcelona that specialise in foreign / fusion foods, greatly enhancing the city’s commitment to culture and cuisine.

Those seeking a modern and creative taste of Mexico will do well to visit Hoja Santa. The name of the restaurant was inspired by the travels of co-founders and chefs Albert Adrià and Paco Méndez, who also share a deep passion for the flavours and traditions of Mexico.

Adequately laid out to serve around 65 guests comfortably, the restaurant has the distinct vibe of a hacienda, the estates of the Spanish Empire. Customers get to enjoy the ambience of being served at large tables in open layouts while ogling the parades of food travelling by.

Pakta, which means “union” in the original Quechua language of Peru, is a relatively new yet interesting cooking style known as the Nikkei. And out of all the Michelin-starred restaurants in Barcelona, Pakta has the distinct reputation of being the only one in the city to offer Nikkei cuisine. It combines the technique and style of Japanese food with the flavours, traditions and ingredients of Peru.

To ensure the restaurant stays true to its Nikkei cooking, the kitchen is jointly headed by two chefs: Peruvian Jorge Muñoz and the Japanese-born Kyoko Ii. Customers can expect an extensive tasting menu consisting of creative dishes served in unforgettable ways. 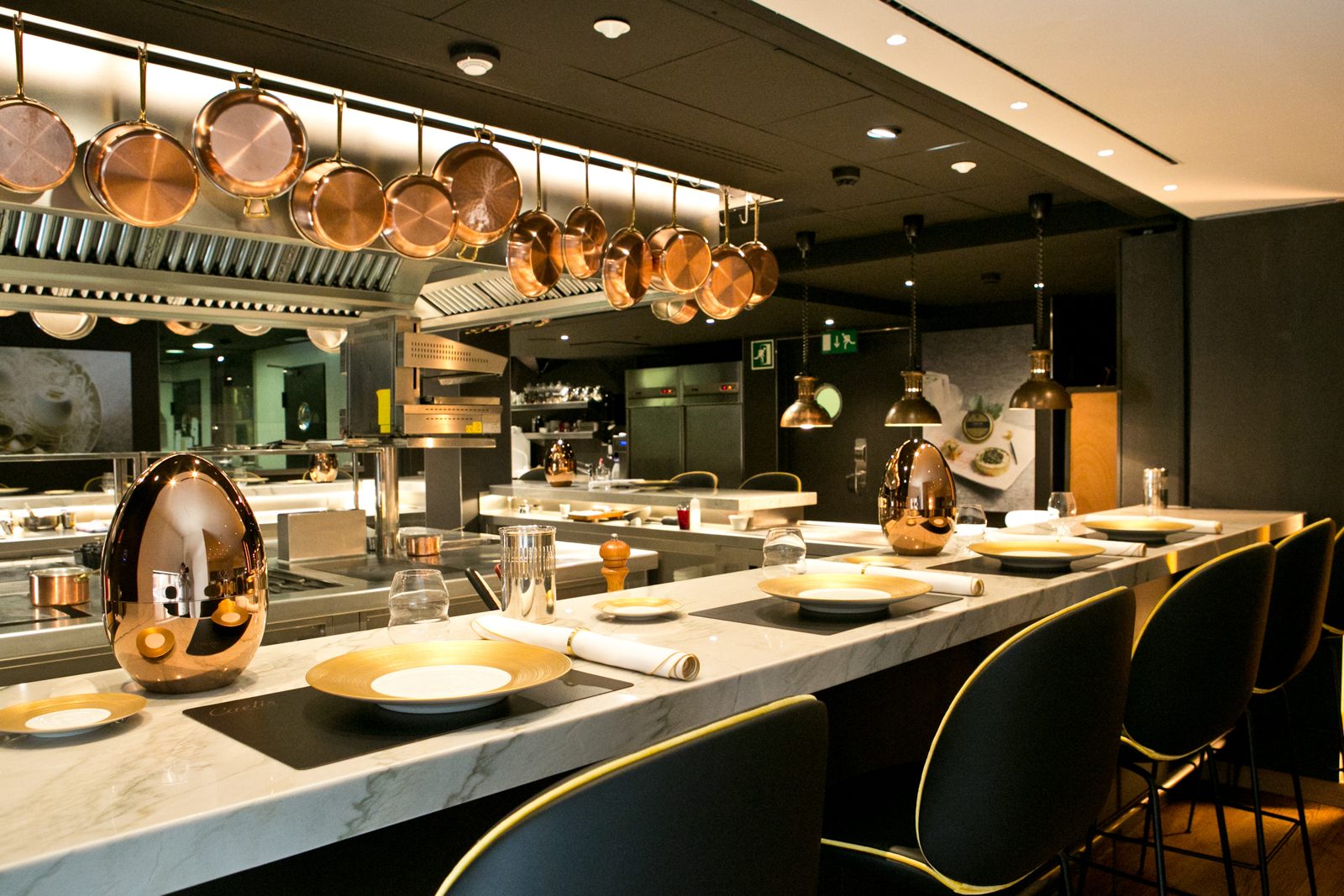 Caelis (French with a touch of Catalan)

Located in the deluxe five-star Hotel Ohla, Caelis is headed by renowned chef Romain Fornell. What makes this setting stand out from competitors is the divine way in which it serves French cuisine sprinkled with touches of Catalan cooking. Stylish décor and surroundings perfectly match the first-class dishes that customers can enjoy.

Caelis diners can choose from two separate spaces. The one side is the dining room with space for up to 24 guests at tables of various sizes. The other is an open kitchen that presents a horseshoe-shaped bar and stools, suitable for 12 or more guests interested in ‘behind the scenes’ action.

In terms of location, Dos Palillos is situated in the Hotel Casa Camper in the El Raval area of Barcelona. With chef Albert Raurich in charge, Dos Palillos presents an enticing menu intent on making customers’ experience most memorable.

Offering a vibrant concept of blending Spanish tapas with flavours of the Far East, diners can look forward to influences of Japan, China, Thailand and Vietnam to put an exceptional spin on their meals.

Keep in mind that both an Asian and Tapas bar are available, but that the latter does not accept bookings.

Considered by many to be the best Japanese restaurant in Barcelona, Koy Shunka received its Michelin star in 2013. Koy Shunka is co-owned by Xu Zhangchao and Hideki Matsuhisa, with the latter also skilfully performing the duties of chef.

Locals and tourists seeking Japanese food can ready themselves for some exceptional Omakase cuisine at Koy Shunka. Served from an open-view kitchen, all dishes, some of which also include Mediterranean cuisine, perfectly balance mixtures and tastes. Reservations are strongly recommended. 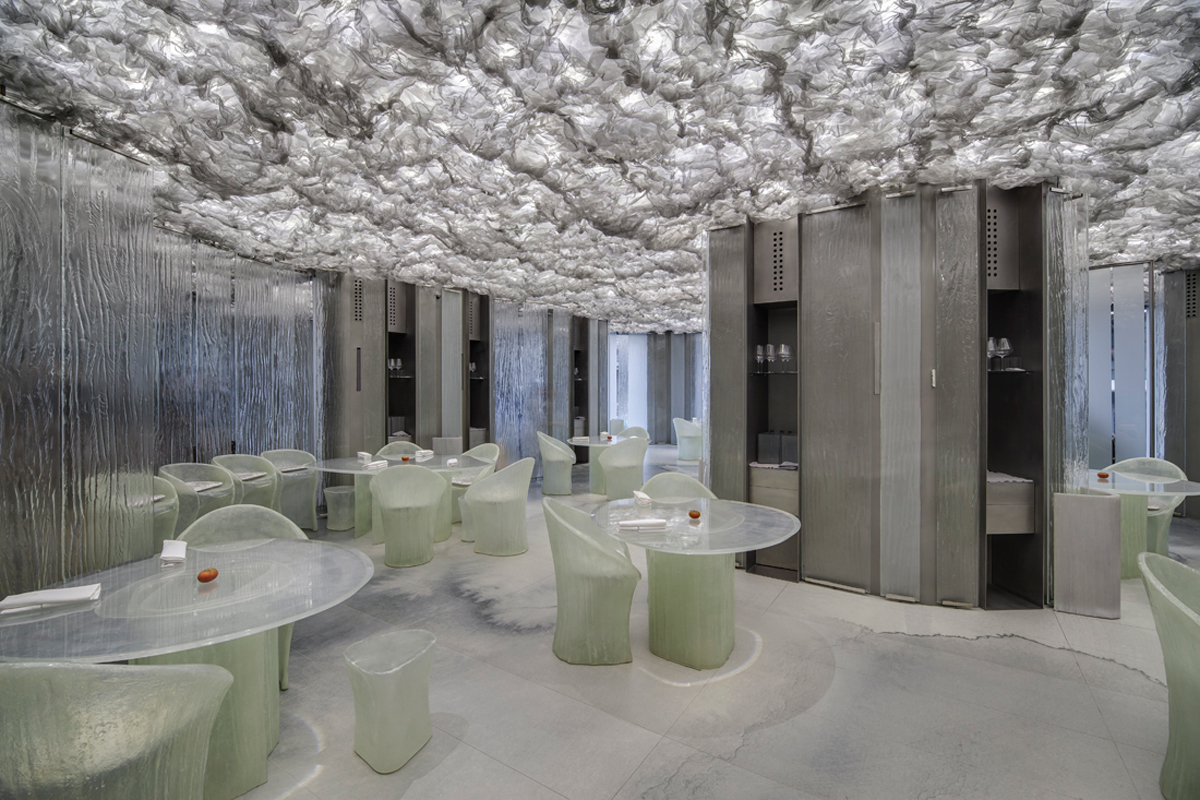 Chef Albert Adrià presents quite the unforgettable dining experience at Enigma, one of the most exceptional Michelin-starred restaurants in Barcelona. The core meaning of the name comes from the way in which guests are served: travelling through six different-themed rooms and only being told afterwards as to what their meals consisted of. This experience, which takes about 3.5 hours and covers over 40 dishes, forms part of Enigma’s creative, innovate and delicious reputation.

Take note that seafood makes up a big part of the Enigma menu. And since no more than 24 diners at a time can be accommodated, reservations are vital.