The richness of traditional Catalan architecture, that includes a variety of components and highly valued concepts, can be characterized by structural elements such as the Catalan dome or “volta”. This is an ancestral construction technique in which a space is covered by a dome made of bricks laid flat instead of on any of the rougher sides.

This technique permits construction without using beams, the auxiliary structure that was used to provisionally sustain the weight of an arch, during construction, and so this significantly reduces construction time.

Thanks to the use of the Catalan dome, one light alone is sufficient for the ceilings of the lower floors of country houses and traditional urban houses, known as main-street houses. From the 19th century onwards, the Catalan dome became closely entwined with the Modernism movement, due to the application of this technique for important constructions in the Barcelona neighborhood of Eixample. It was also used for factories and industrial ships that have now become authentic works of art and modernist Catalan architecture.

In 21st century rehabilitation works the Catalan domes that were hidden under false ceilings are being recuperated, in the same way that hydraulic mosaic floors recuperate their historic and aesthetic value to convert both elements into key pieces of new renovation projects. They are now transformed into authentic treasures that deserve to be conserved and exhibited.

Although the origins of the Catalan dome can be traced to the Roman Empire, there is a name that is worth remembering that is clearly linked to the use of this important traditional technique: Rafael Guastavino. He was a Valencian architect who exported one of the great achievements of traditional architecture, the Catalan dome, to the new continent and the United States, after working in Catalunya at the end of the 19th century. 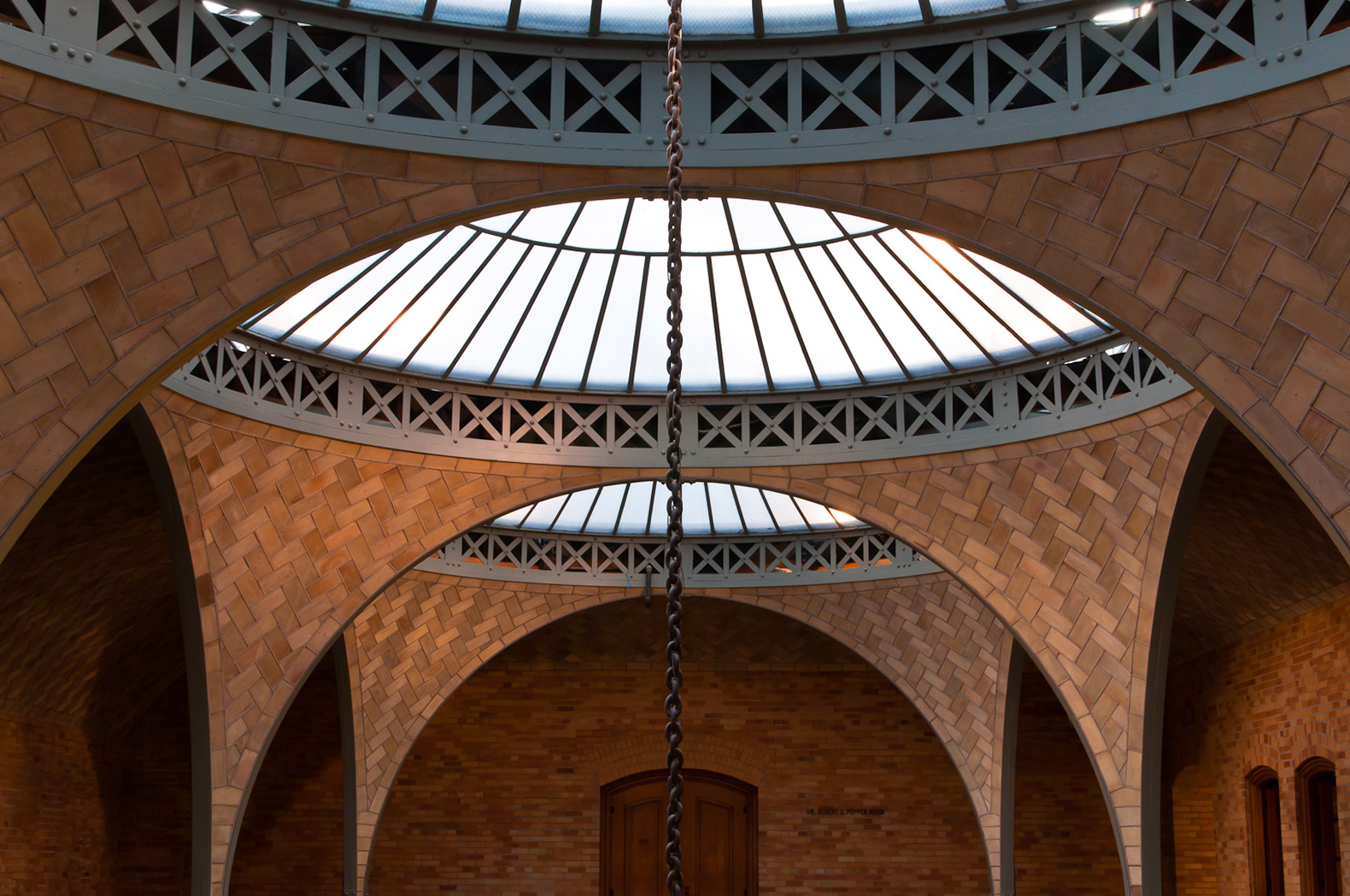 Rafael Guastavino, born in Valencia in 1842, later moved to Barcelona to study at the Architecture School of the Catalan capital. During his time as a student he became familiar with the work of many masters that would go on to influence the great and un-imitable Antoni Gaudí, becoming an advanced figure of his generation and in the Modernism movement.

In 1881 he emigrated to the United States to seek his fortune, after having worked on unique projects in Barcelona such as the Batlló factory, now part of the Industrial School, in which we can find the spectacular Edifici del Rellotge. There is also the La Massa theatre in the small coastal village of Vilassar de Dalt, whose dome which measures 17 meters diameter with a 3.5 meter arc and a central oculus of 4 meters in diameter. With these projects he became an authentic engineering prodigy of his time.

Known as “the architect of New York”, Guastavino imported the Catalan dome system in order to build very important constructions such as the Public Library of Boston, his first big project, the Carnegie Hall, the American Natural History Museum. He also built the Oyster Bar in New York’s Grand Central Station, the Supreme Court of Washington DC and the spectacular dome of The Cathedral of Saint John the Divine that became the largest of all domes constructed by Guastavino, due to its 30 meters in diameter and 40 meters height. This was a real challenge for the originally Spanish company.

More than a thousand buildings carry the name of the Rafael Guastavino firm and his son Rafael Guastavino Expósito who inherited the business and the work system patented as the Guastavino System, after the death of his father in 1908. This allowed for the expansion of the Catalan dome in the American architectural landscape until 1926, when the last project was carried out.

Although the period of maximum development for Catalan domes, also known as tiled domes, took place in the last years of the 19th century and the first of the 20th, they have never gone out of use. Even the great architects of the Modern movement, such as the unique Le Corbusier or Jose Luís Sert used it for some of their projects. This also includes the famous Casa La Ricarda or Casa Gomis, constructed by Antonio Bonet I Castellana, one of the essential buildings of the Racionalist movement, constructed in El Prat del Llobregat.

Currently, Catalan domes are still being constructed in restoration projects and in rehabilitation of cultural patrimony, in old farms or in new projects. Local materials such as brick, light stone or pressed blocks of earth and gypsum are used for constructing the popular “volta catalana”; materials with a low environmental impact which is one of the biggest considerations for the 21st century construction sector. Thanks to this, the technique has become one of the most-used, even for new projects.  This has enabled the system to become an irreplaceable structural method used throughout the world.